In Great Britain around nearly every bend in the road you’ll find stately homes, crumbling castles, magnificent gardens, thatch-roofed cottages, cozy pubs and beautiful churches to explore. From Shakespeare and royalty to Stonehenge and thousands of years of history, Great Britain is simply a wonderful place to visit anytime. A visit to London, which is among the world’s leading commercial, financial, and cultural centres should be on any itinerary. Other major cities include Birmingham, Liverpool, and Manchester in England, Belfast and Londonderry in Northern Ireland, Edinburgh and Glasgow in Scotland, and Swansea and Cardiff in Wales.

Great Britain’s history, especially during its empire years, had a tremendous influence worldwide. It provided the basis for many of the traditions of its former colonies and gave them the English language. It also started the Industrial Revolution, whose effect on the people and the landscape is apparent throughout the country, from the vestiges of early steam-powered mills to a landscape crisscrossed by canals, railroads and bridges.

When the Romans invaded in AD 43, they found a highly developed, tribal-based island culture in Britain. These were the indigenous Celts. The Celts fought an endless stream of invaders for the next millennium and were eventually assimilated or forced west into Wales and Ireland and north into Scotland. After the Romans, the Saxons followed, and then came the Vikings. In 1066, the Norman Conquest was the last foreign invasion of England. The Normans (French) were enthusiastic builders of castles and churches that are still evident today.

England is only one of four countries that make up the United Kingdom of Great Britain and Northern Ireland. The name “Great Britain” and the term “British” refer to a geographic rather than political division and should only be used when making reference to the island comprising England, Scotland and Wales. The topography of Great Britain consists mainly of low, gently rolling hills in the eastern and southern portions of the island and hills and low mountains in the western and northern regions.

England itself is divided into 40 historic counties, many of which retain strong local identities. The area surrounding London is known as the Home Counties. East Anglia, a region of agricultural flatlands, spans the area from the northeast of London to The Wash (a North Sea Bay). The central part of the country—around Birmingham and Coventry—is appropriately called the Midlands, the heart of industrial England. North of the Humber and the River Mersey, reaching to the Scottish border, is the North Country, home to enchanting and sometimes rugged countryside. The West Country is the area southwest of Bristol and Bournemouth that includes the sometimes pastoral, sometimes rugged terrain of Dorset, Somerset, Devon and Cornwall. Rocky cliffs, seagulls and the briny foam crashing on the beach give this region much of its character.

In northwest England and the Scottish Highlands are dozens of lakes, called lochs. These were left behind when the Ice Age glaciers melted. They tend to be long and narrow, and some are very deep. Legends say that a giant monster called Nessie lives in Loch Ness in Scotland.

May, June and October, when day temperatures tend to be cool are probably the best months to visit Great Britain. July to September, when temperatures are about 10 degrees F/5 C higher are great as well. English gardens are at their best from June to August, but spectacular spring displays can be seen in woodlands during April and May. In the winter, thanks to the Gulf Stream, the weather is often not as cold as on the continent. 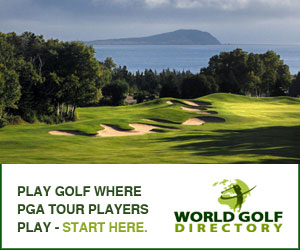 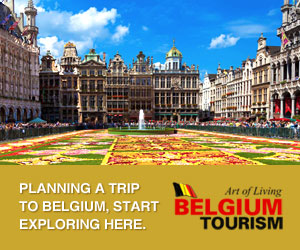